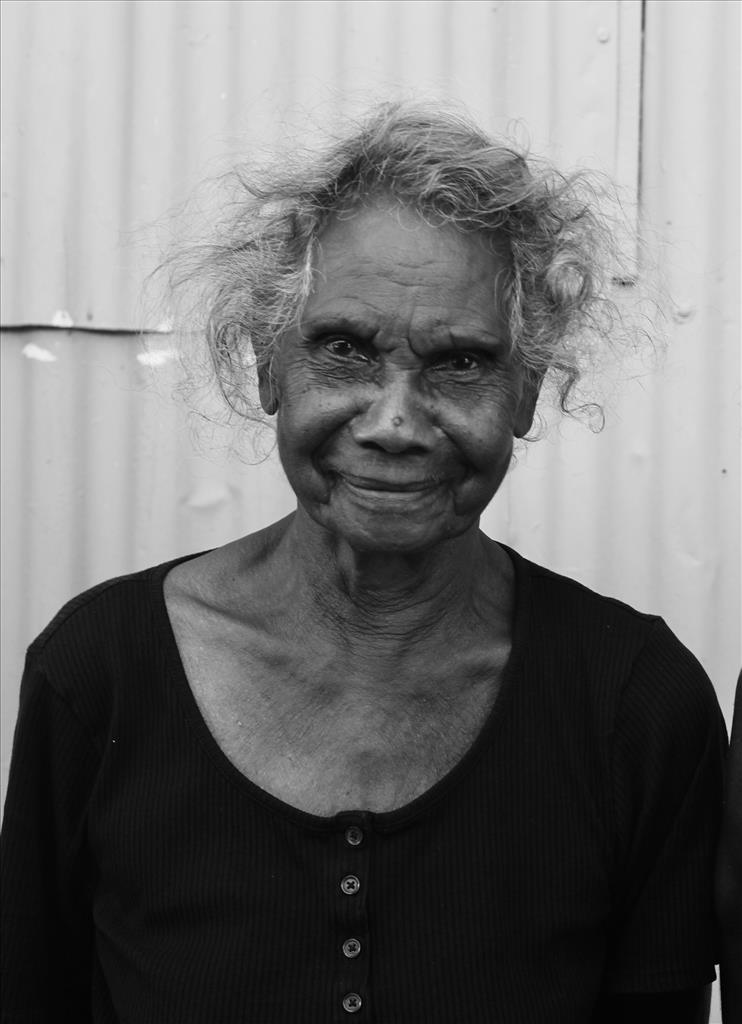 Janet Koongotema is 83 years of age and a highly respected Wik-Mungkan elder from the Winchanam Clan. She is extremely skillful with her hands having spent a lifetime using them to collect and prepare natural fibres to create dilly bags and pandanus fruit bowls. These string works are recognised nationally for their elegant and colourful forms.

Since 2010, Janet has adapted her weaving skills across to painting where her use of traditional knowledge is apparent in all of her works. She uses dramatic colour compositions to depict her tribal Country on the Big Archer River near Aurukun. A recurring theme in her paintings is the Dilly Bag Story of which she is Boss for. 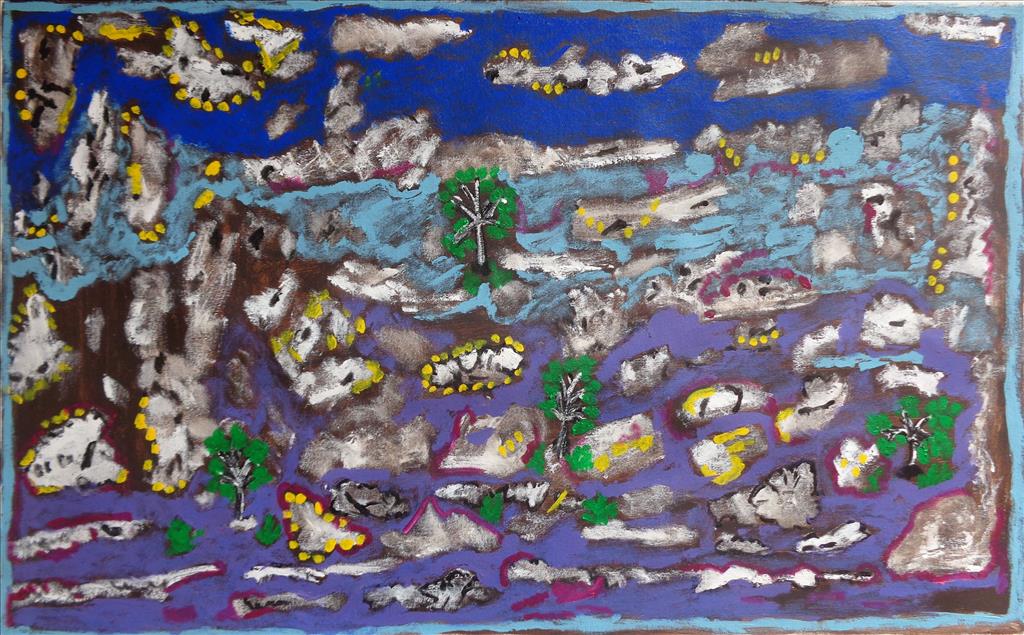 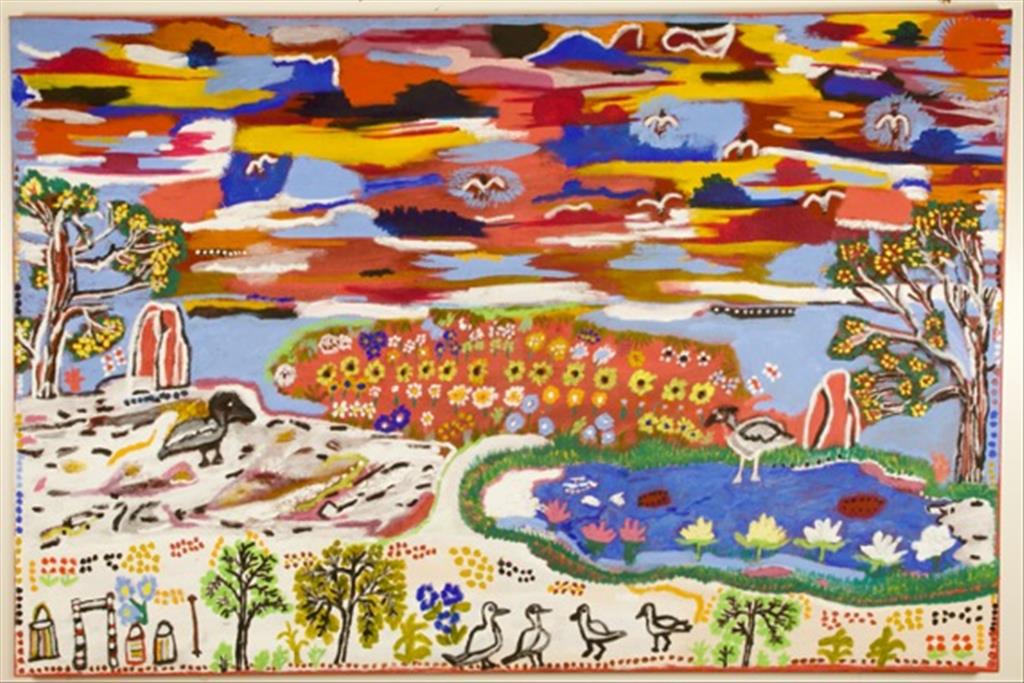 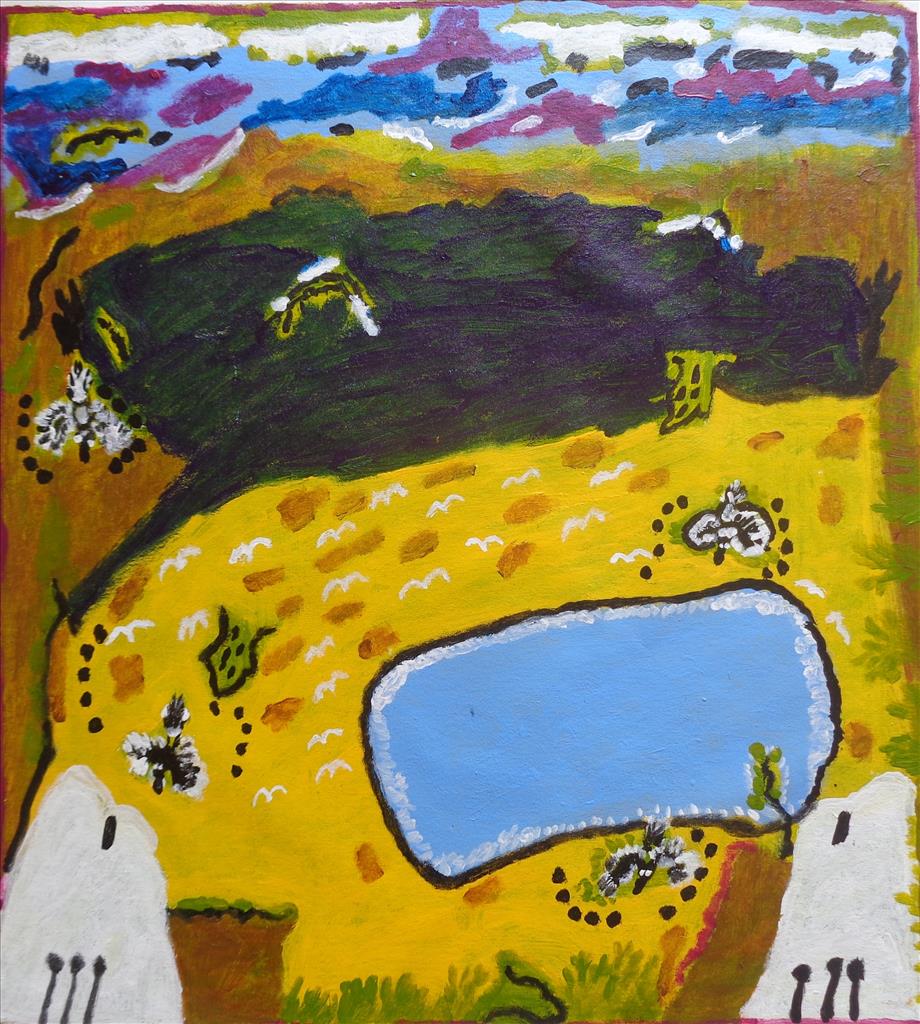 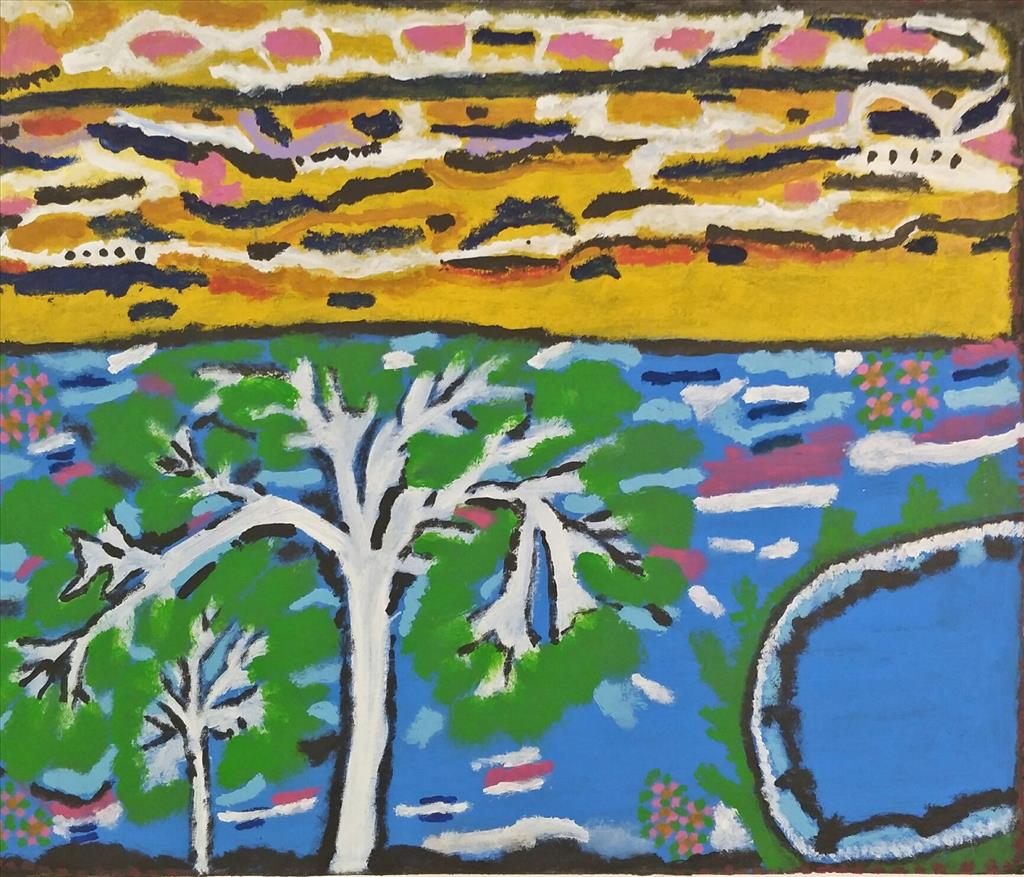 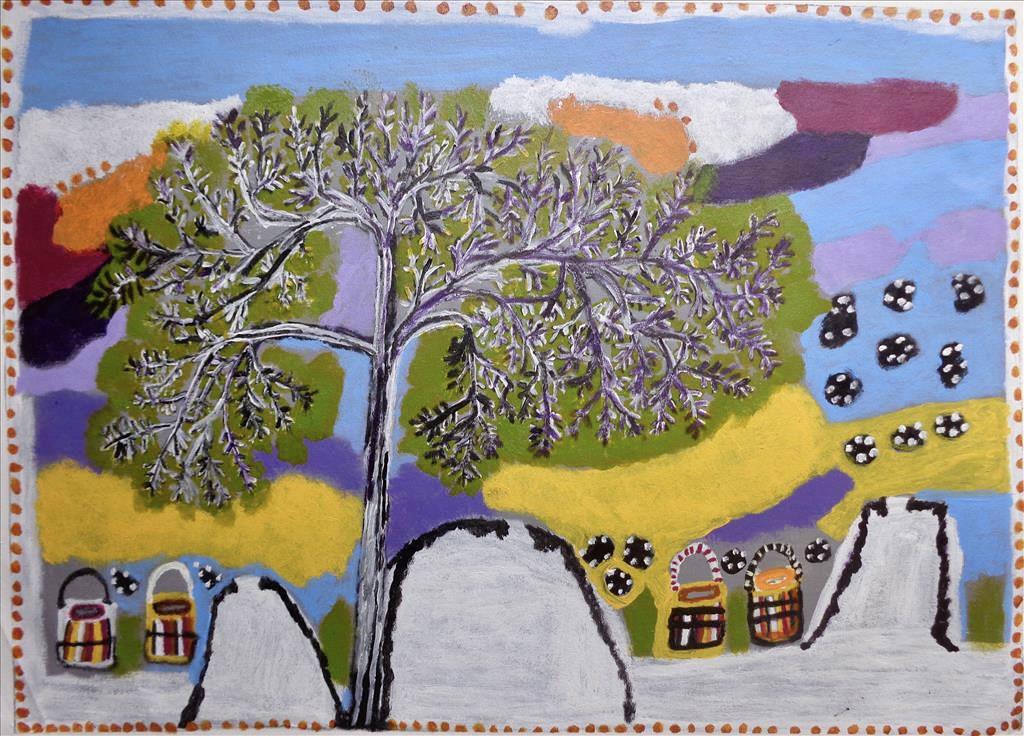 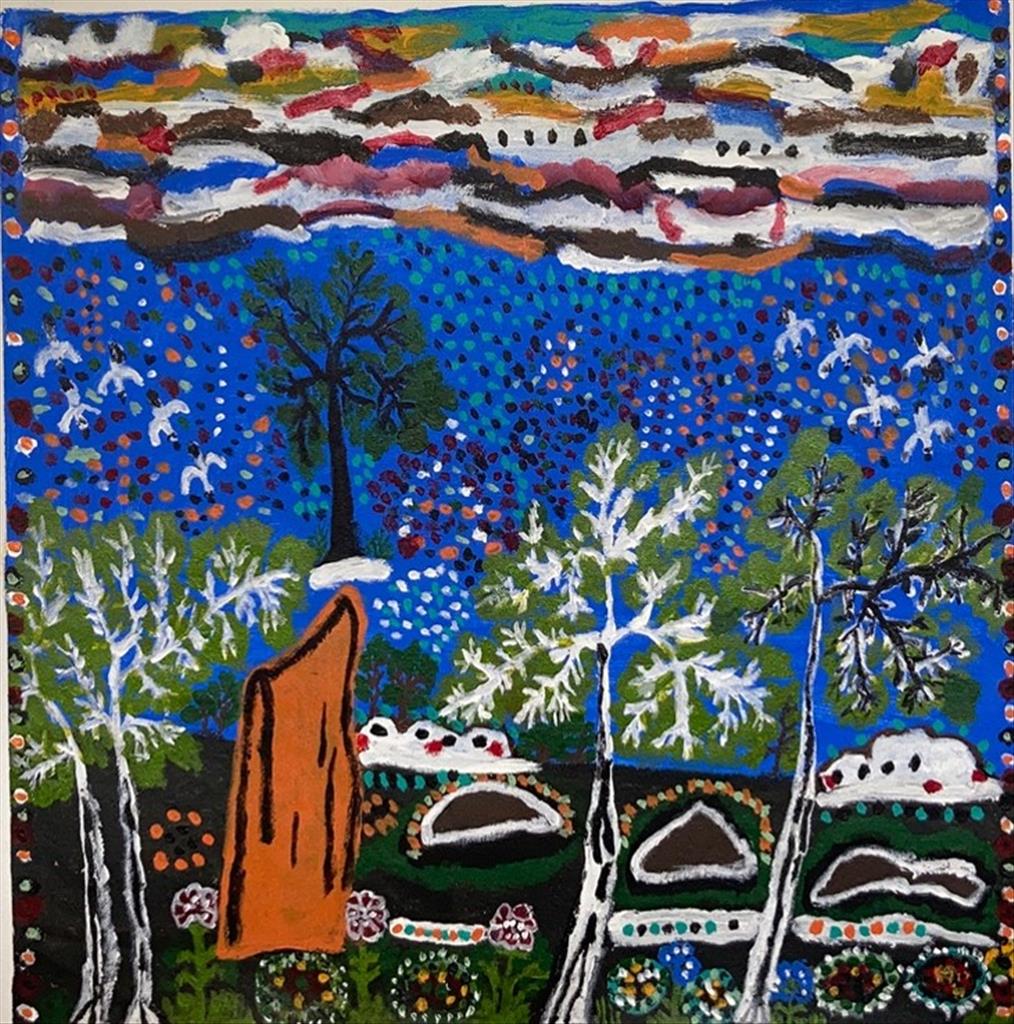