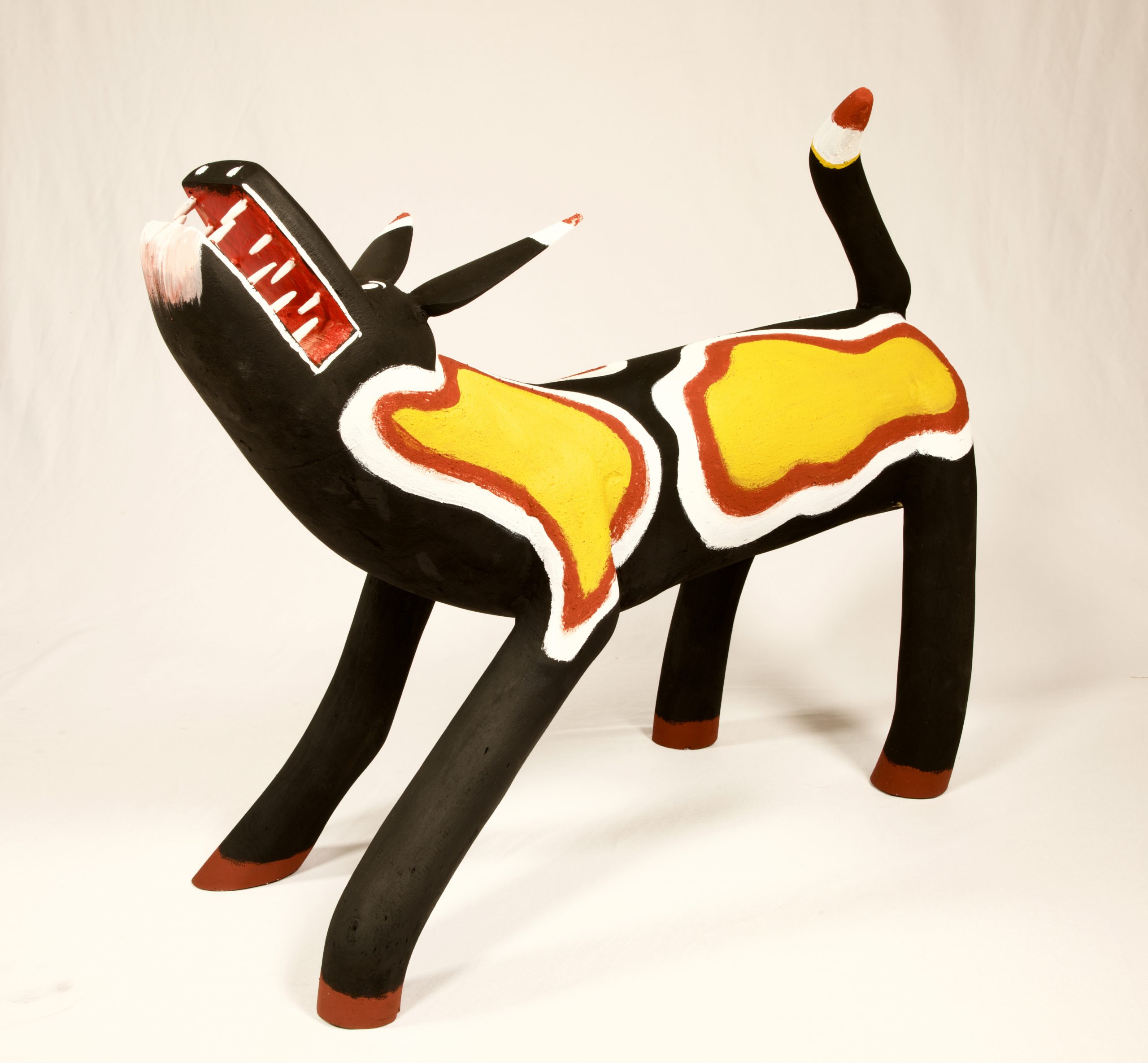 The Story Place of the Ku’ associated with the Apalech ceremonial group is located in the south of the Wik and Kugu region at Eeremangk near the mouth of the Knox River.

This story links the land and the sea and is a tale of transformation where the Ku’ (Ancestral being or totem), who had travelled from the distant Northern Territory to Cape York Peninsula, leaves the land, enters Knox River and becomes Nyiingkuchen, the Freshwater Shark.

This story also tells how Ku’ gave language to the region. Each dog has its name, its colours and its qualities of character.